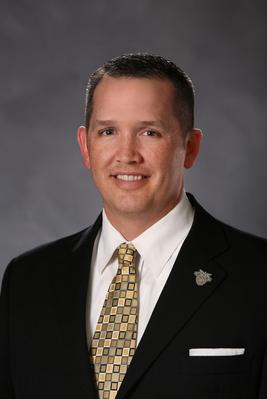 Mr. Working is known for his fierce work ethic and desire to help those who cannot help themselves. His inspiration to defend others came from a chance meeting with a sitting Justice of the United States Supreme Court. John and his brother Michael attended a graduation ceremony at the school where their mother was principal. Justice Clarence Thomas agreed to be the commencement speaker and spoke of humility, self-reliance, hard work, and perseverance.  After the ceremony, John met Justice Thomas who spoke passionately of the need for effective defense attorneys and instructed them to, “Never stop helping others.” The lessons that Justice Thomas taught still drive John’s practice today.

John has trial experience in both state and federal court. Since opening The Railside Law Group in Ashland, John has worked to protect the interests of those who face loss of liberty in felony, misdemeanor, and juvenile criminal trials or being stripped of their families in domestic disputes. John prides himself on his calm demeanor while battling in trial and effectively communicating with his clients to ensure their best outcomes.

John first felt the gravitational pull of the Center of the Universe on a recruiting visit to Randolph-Macon College. He earned his Bachelor’s degree in English and a minor in Education from R-MC in 2001. John was a four-year letterman for the Yellow Jackets’ football team, including the 1997 ODAC championship team. He later earned all-conference and team captain honors. John taught in the local school systems for seven years as an English teacher and football coach. His teams won multiple championships and the 2009 Tomato Bowl. When not working, John serves on the Board of Directors for the Hanover Bar Association and the Ashland Theater. He is Past President of the Downtown Ashland Association and enjoys spending time with his beautiful family and their very protective Doberman Pinscher.  ​

Contact John to schedule a personal consultation on your case.